Dialogue in the Dark

It's a fascinating social, moral and emotional journey, which has the ability to enhance social creativity and communication skills. The exhibit is intended for people aged 9 to 120.

n this extraordinary exhibit, we can't see anything, but we discover a whole world and maybe, especially, ourselves.

During the tour, blind guides lead the visitors through dark but designed spaces: nature, a noisy pedestrian crossing, a port, a market, and a pub. 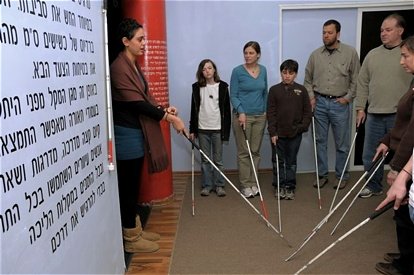 Blind and vision-impaired individuals take an active part in opening the visitors' eyes in the darkness, demonstrating that their world is not poorer, but simply different.

The exhibit seeks to lead the visitors to have a unique experience of themselves, to introduce them to the rich sensory world hidden within each and every person, and to create an unbiased encounter between blind and sighted people.

The idea of the exhibit was conceived by Dr. Andreas Heinecke, who, as part of his work as a journalist, mentored a blind colleague. He was enchanted by the rich world of his colleague, and sought a way to convey this experience to the sighted population.

In 1988, the first exhibit was inaugurated in Germany. Since then, the concept has spread around the world and received great acclaim. Some four million people in twenty countries and 150 cities have now visited the exhibit.

We truly and honestly believe that the exhibit can cause a true change in the way people perceive others, and those who are different.

Encounter with myself and my senses

In a world of constant visual stimulation, in which the computer and television dominate most of our time, the exhibit enables a unique and unmediated encounter between each person and the sensory potential hidden inside him/her.

In the quietness that darkness allows, each visitor is given the opportunity to discover him/herself anew and to explore basic existential questions. This is also an opportunity to re‑examine the senses of hearing, smell, touch and taste, and one's ability to rely completely on these senses.

Encounter with myself in the group

Walking in the dark creates a situation of social pressure, and out of this pressure certain social phenomena, which already existed in the group, sometimes emerge and manifest themselves more intensely. After the tour, there is a golden opportunity to bring up different social issues relating to interpersonal and group communication, as well as other issues relating to the social norms and dynamics that exist in the group.

Encounter between sighted people and blind or vision-impaired people.

Walking in the dark simulates for visitors the world as a blind person experiences it, and thus enables open, intimate, unbiased dialog between blind and sighted people. A role reversal is created in the exhibit, where the "impaired" person becomes the leader and thus "shows" the group that his or her world is not poorer, but merely different.

Openness to difference through the creation of openness to the blind also provides the opportunity to bring up topics of personal and group differences, including differences of opinion and perspectives on life.

The exhibit is  for adults and children over 9 years old.

Entrance to the activity is in groups of 10 participants.

The tour lasts approximately an hour and fifteen minutes.

The concept of "Dialogue in the Dark" and its related trademarks are the intellectual property of Dialogue Social Enterprise GmbH.

For availability and on line reservations 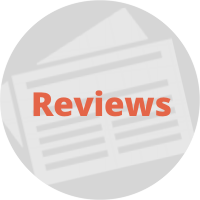 All rights reserved to Children's Museum © 2016
created by
CYBERSERVE